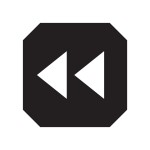 After a big loss, football coaches torture their players by making them watch a replay of the match in slow motion, pointing out all the mistakes and making suggestions on how to play better. A couples counsellor is not unlike a football coach. Every day, couples sit in my office and we go over recent arguments to see what lessons can be learned.

When dissecting disagreements, I point out missed opportunities – when a chance for showing empathy went begging, when acknowledgement was bypassed, or when someone forgot to listen. We also pause on examples of defensiveness and personal attacks or passive aggressive behaviours such as eye-rolling or sarcasm.

Then I encourage couples to try to have the discussion again. This time, they agree to listen to each other, express empathy, and avoid defensiveness, personal attacks or sarcasm. It often feels false at first and a lot of couples struggle to follow a script. But just as a footballer is given passing, tackling and kicking drills, couples need to practice communication drills. Over time, the new way of talking feels more natural and healthier habits are formed.

In an ideal world, we could all press rewind and take back any unkind words that were said. In the real world, we can still agree to “try that again.” So the next time you are struggling to resolve an issue: take some time out, wipe the slate clean and then start again.

This entry was posted in Relationships. Bookmark the permalink.